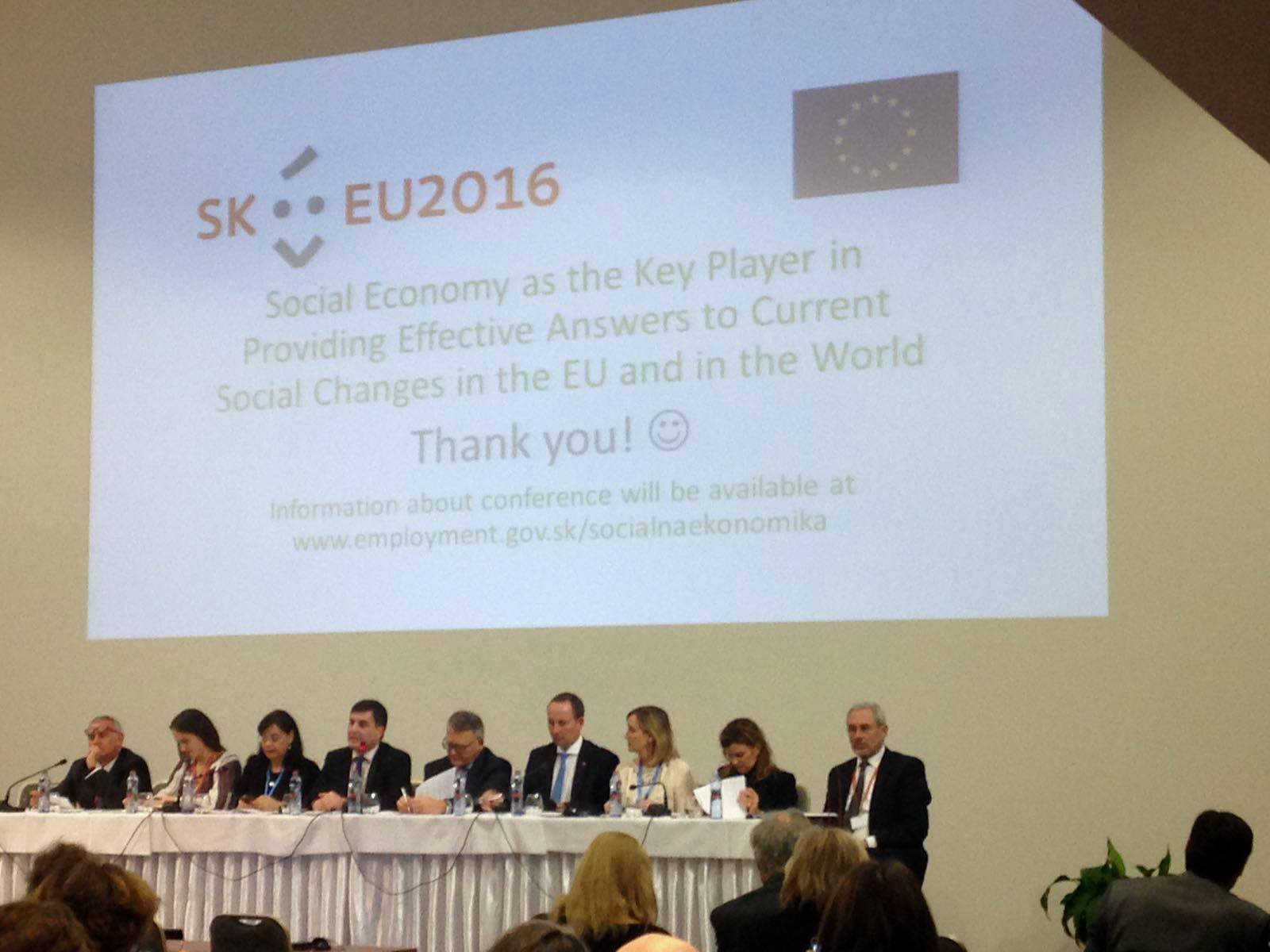 Ten EU Member States have signed the Bratislava Declaration, calling for an increased recognition of the importance of the Social Economy and urging the Member States to use the recommendations of the GECES General Report 2016 to which Cooperatives Europe expert contributed to.

Presented on the 1st of December at the International Conference on Social Economy in Bratislava, the declaration also calls for the enhancement of legislative and financial tools for creating a suitable environment and commends Social Economy for its contribution to sustainable job creation and social innovations.

Cooperatives Europe welcomes the declaration, particularly as it builds upon and encourages Members States to consult and implement the recommendations presented in the recent GECES (Expert Group on Social Entrepreneurship) Report released on 15th of November. The report is a result of consultation with the stakeholder community to which Cooperatives Europe contributed to through a representative.

With reference to the report, Cooperatives Europe particularly welcomes the paragraph on cooperatives and mutual societies concerning the legal framework, calling upon the Commission and Member States to stimulate cross-border operations which would enable cooperatives to use the full potential of the Internal Market to expand their activities. We would also remind that social economy does not only touch upon social issues – cooperatives, for example, are also active in industry, production and services.

We support the proposal for a European Action Plan for the Social Economy and Social Enterprises, which would provide new impetus to promote an enabling environment for social economy to flourish, building on its core values such as democratic governance, social impact, innovation, profit reinvestment or the central place given to the human in the economy. The new EU Action Plan would also reinforce and update the Social Business Initiative.

Agnés Mathis, Director of Cooperatives Europe has commended the Declaration and the GECES Report seeing that it will contribute to the development of cooperative enterprises and other social economy enterprises. However, she cautioned that the Action Plan should not be considered a niche, therefore hampering participation of cooperatives to other activities of the Commission.