Power of co-operation: Members outnumber shareholders by three to one 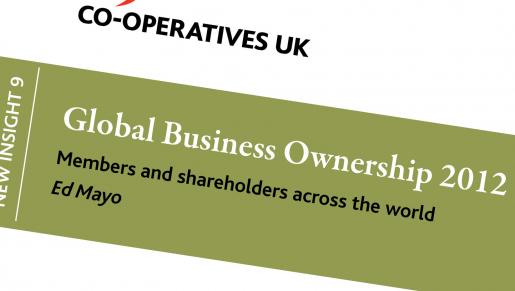 There are now three times more members of co-operatives than individual shareholders worldwide, according to a new report issued on 12 January to mark the launch of International Year of Co-operatives 2012.

The report, ’Global Business Ownership 2012’ reveals that, despite only seven per cent of the world’s population living in a country without a stock market, just 328 million individuals are direct shareholders compared with the one billion who are members of a co-operative enterprise.

The figures underline the scale of commitment from consumers and workers to retaining ownership and control of businesses which are dedicated towards sustainable, long-term success.

Ed Mayo, Secretary General, Co-operatives UK and author of the report commented, “In a tough economy, mass ownership is a perfect business strategy because you have your customers and workers onside. The idea of sharing profits with those who are involved in the business is now widely recognised but our research shows that few companies do it as well as the co-operative sector. What is more, in the high growth ’BRIC’ economies, co-operative member ownership is now over four times the level of shareholder ownership. Ownership is best shared, not divided.”

Pauline Green, President of the International Co-operative Alliance (ICA) comments, “The co-operative business model is not business as usual. Co-operatives are people based enterprises and have a proven track record at local community level and at global level. The largest 300 co-operatives in the world are together worth $1.6trillion and compete in some of the world’s most competitive markets. However, the reality of the co-operative model is that shared ownership and shared control combine to allow financial success to work comfortably with social responsibility, with the principle of ’one member, one vote’, ethical values and with the participation and engagement of their one billion owner members. In the words of the UN, together co-operatives help to build a better world.”

New year, new priorities: what the Commission revealed during the SOTEU