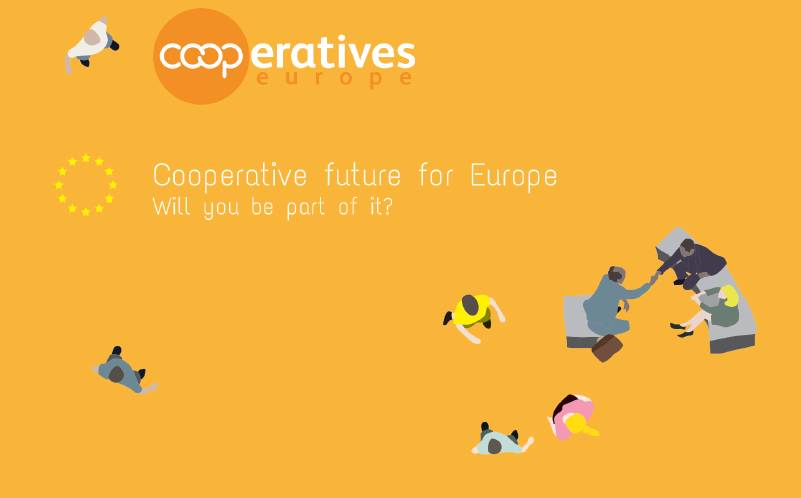 Cooperatives Europe also releases its campaign #CoopsInspireChange in the framework of the upcoming European elections. Cooperatives and their values inspire change in the lives of the citizens, communities and the way we imagine our future, which is why Cooperatives Europe calls citizens, candidate MEPs and allies to build a new Parliament that will put people first and give cooperative enterprises ground to change the course towards a more democratic, sustainable, fair and value driven Europe.

The campaign aims to:

The campaign is available at elections.coopseurope.coop. The website will display existing #CoopSupporters, showcase the social media campaign #CoopsInspireChange and provide a practical information on voting and range of documents and resources for all supporters, candidates and, members and citizens to join the campaign.

The campaigns aims to be that of the whole European cooperative movement, which is why majority of the resources can be modified easily to include logos, colours, and messages of participating actors.

Cooperatives Europe has also signed a partnership with the European Parliament to promote the efforts for encouraging communities to vote. We ask European cooperators and supporters to pledge #ThisTimeImVoting at www.ttimv.eu/cooperatives and share this link with their networks.

Jean-Louis Bancel, President of Cooperatives Europe, commented: “In building up a sustainable Europe, the incoming members of the new European Parliament can rely on the cooperative movement to link their actions to citizen’s needs. This campaign is not only about the election, but about a new vision for the future.“
View the strategy paper here.
Visit the elections website: elections.coopseurope.coop