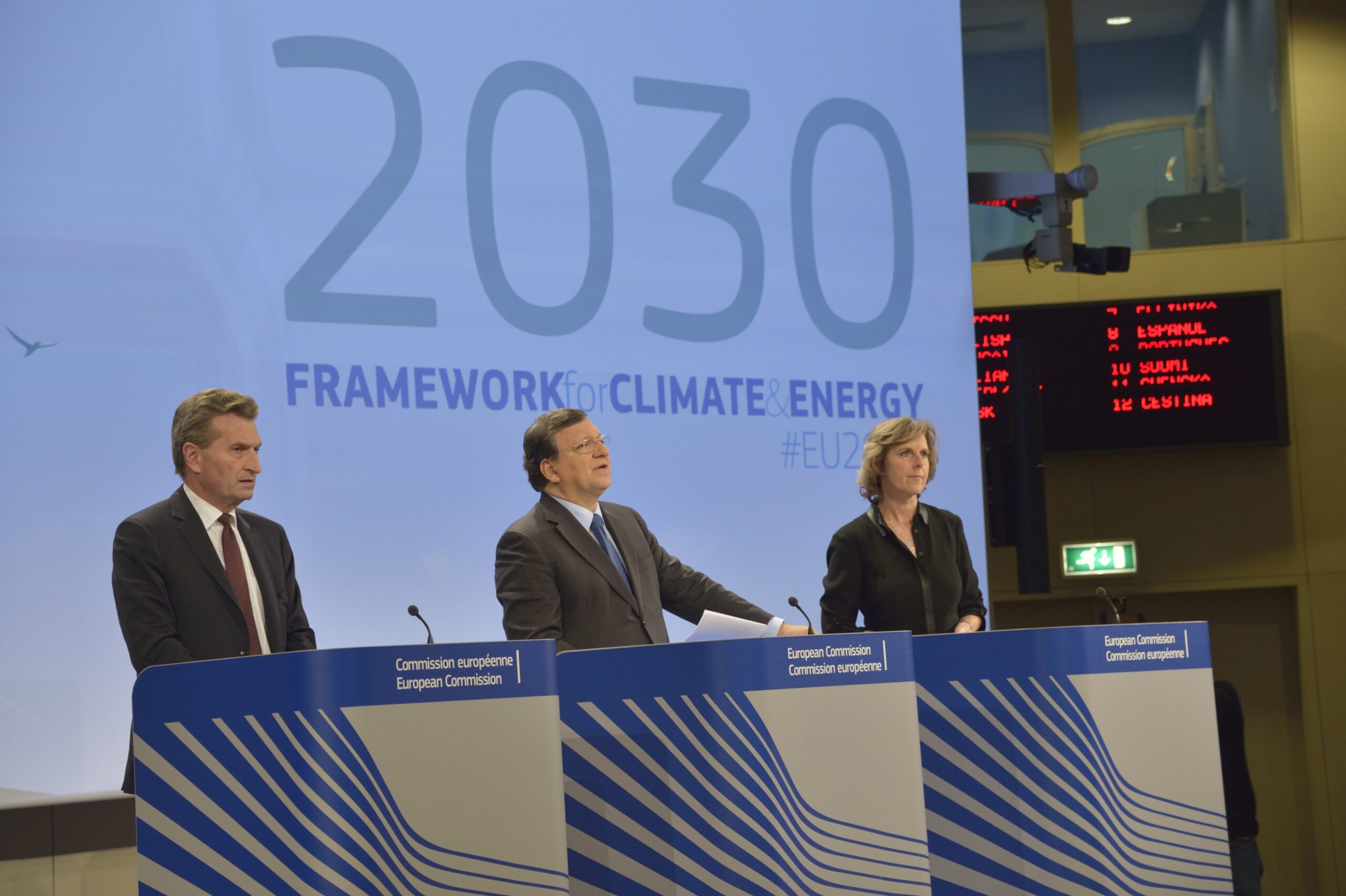 On January 22nd, the DG Energy of the EU Commission released the EU 2030 framework for climate and energy policies, waiting to be approved by the European leaders at the next European Council on March 20th and 21st. The 2030 climate package will define the EU’s climate and energy policies beyond 2020 building on the experience and lessons learnt from the 2020 framework.

Based on the results of the Green paper consultation from March 2013, the 2030 framework focuses on targets, coherence of policy instruments, competitiveness and Member States’ capacity. The new package intends to set a EU-wide binding target for cutting down CO2 emissions by 40 per cent below 1990 level by 2030. A EU-wide binding target for renewables of 27 per cent is set, however any national targets have been eliminated. Finally, as expected, the energy savings target will not be set until the DG Energy of the EU Commission will review the effects of the energy efficiency directive.

Cooperatives Europe believes that the new energy & climate package is not only unambitious, but will have considerable negative investment effects in one of the few growing economic sectors in Europe. The current 2020 framework has proven that only binding targets at country level work, as they provide direction and leadership and above all security for investors. Member states should be encouraged to reject this poor framework, which only serves the vested interests of a few. Citizens are the main financier of the energy transition and not those, who object to it, yet their voice is not being considered.  The current package will also undermine the long-term efforts for a green Europe by 2050.

In response to the Green Paper Consultation of March 2013, Cooperatives Europe asked for three ambitious binding targets at the EU level on energy efficiency, renewable energy share and on the reduction for greenhouse gas emissions. These binding targets would provide a stable long-term framework to incentivise new investments into the energy transition, in order to reach Europe’s energy autonomy and affirm its leadership in a competitive, green economy. The liberalisation of the EU energy market was intended to create more diversity in the supply of energy and cooperatives have played their role in it and intend to continue to do so.

Director of Cooperatives Europe Klaus Niederlander said: “This package is in line with recent attacks by the EU Commission to undermine the energy transition as evidenced in the proposed new state aid guidelines. Institutional Europe should better listen to its citizens, who have been the main driver of the energy transition. There is a large coalition of local and regional authorities, environmental NGOs, renewable energy cooperatives, community companies and technology providers, who will fight against the EU’s attempt to turn the clock back. In a year of crucial European elections dominated by ever increasing Euro-scepticism, it would be foolish for the EU not to listen to its citizens”.