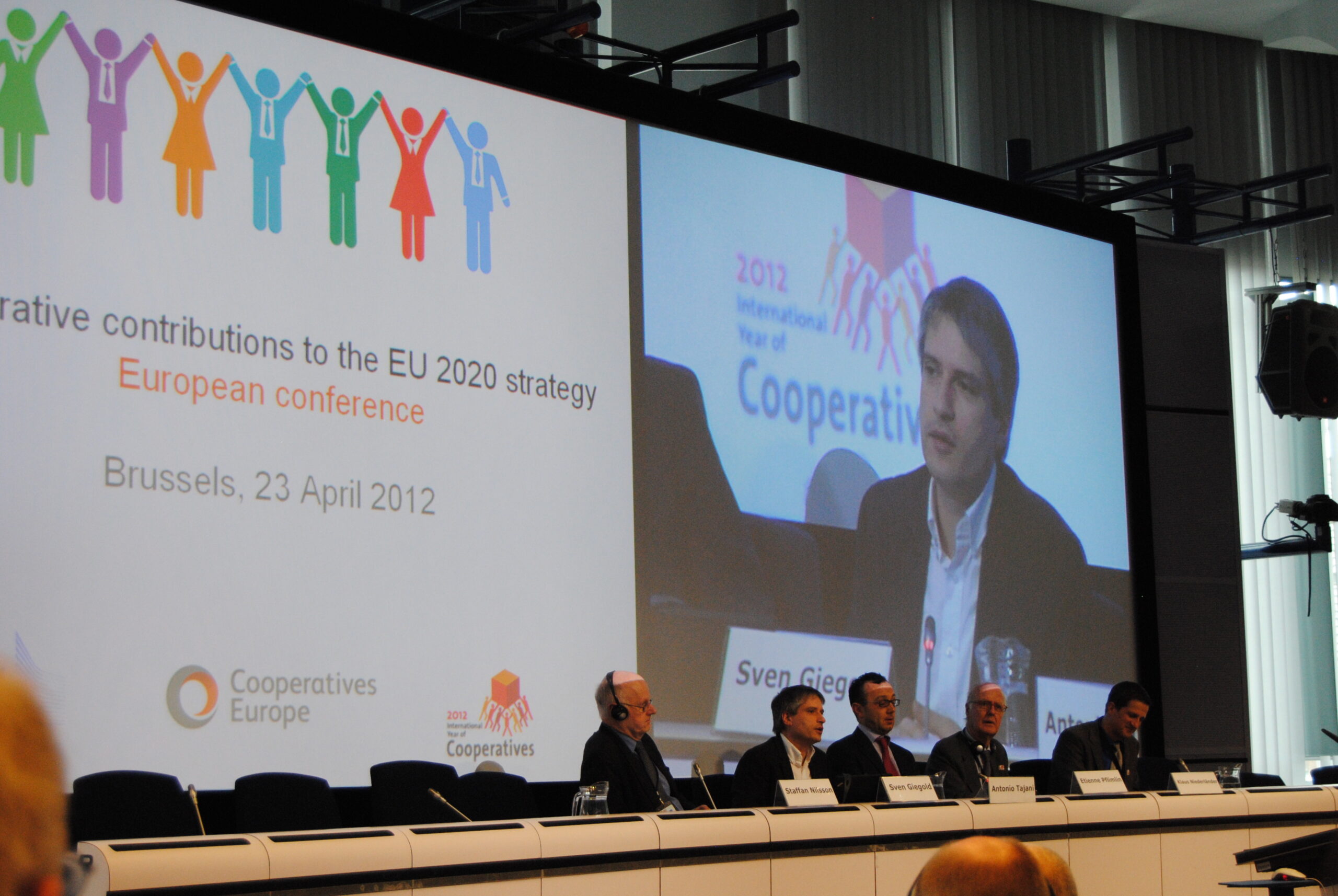 On 23 April Cooperatives Europe opened the European Co-operative Week with the conference ‘Co-operative contributions to the EU 2020 strategy’, organized in collaboration with the EU Commission. The conference was aimed to highlight the social and economic importance of co-operatives.

In opening the conference a speech prepared by Antonio Tajani, Vice President of the EU Commission, responsible for Industry & Entrepreneurship was read by his spokesperson. “At a time when Europe and our economy is striving for economic and employment growth” he stated, “we need now more than ever businesses which care about people’s needs, and therefore in particular we need co-operative businesses.”

Sven Giegold, Member of the EU Parliament stated “We aim to get a wider recognition and integration of the co-operative business model in Europe. The specificities of co-operative enterprises must be taken into account when we are looking at financial legislation. It is not about giving a privilege to them, it is about recognizing their social and economic contribution”.

Staffan Nilsson, President of the European Social and Economic Committee, launched a message to the European Institutions: “both EU and national policies”, said Nilsson, “ should create a level playing field allowing social entrepreneurship and co-operatives to compete with other forms of enterprises without giving up their aims and working methods”.

During the conference the different stakeholders discussed how the regulation on the European Co-operative Society (SCE from its latin name ‘Societas Cooperativa Europaea’) could be improved. The European Commission is currently consulting European stakeholders on this issue.

Speeches and presentations of the conference are available here.