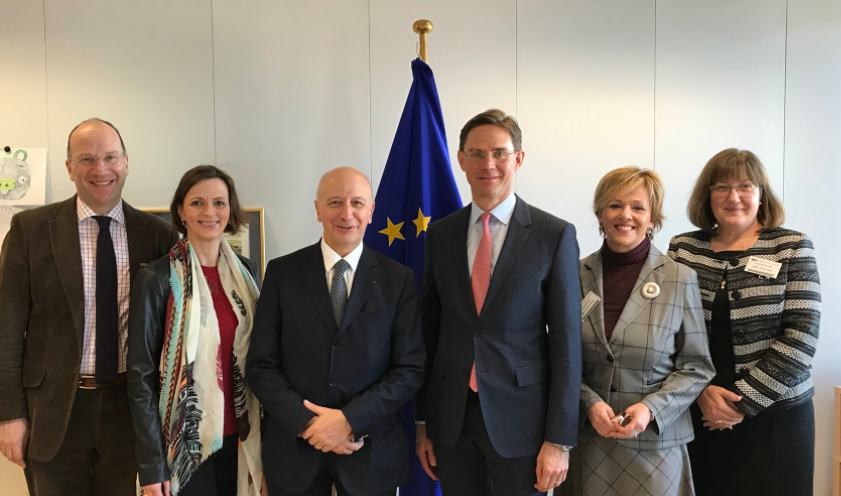 On 27th of February the Presidency of Cooperatives Europe met with Jyrki Katainen, the European Commission’s Vice President for Jobs, Growth, Investment and Competitiveness, in Brussels.

A significant recognition from President of the European Commission Jean-Claude Juncker, the meeting follows Cooperatives Europe’s reflection paper titled “A Cooperative Future for Europe.” Through this paper and under the auspice of Cooperatives Europe, national organisations and European sectoral organisations covering all aspect of industry and trade, agriculture, banking and financial services, renewable energy, and housing presented a set of recommendations addressed to EU policy makers to unlock the potential for a wider cooperative economy across Europe.

Cooperatives Europe, with President Jean-Louis Bancel, would like to thank Vice-President Katainen for the meeting and looks forward to developing on the basis of the very promising and encouraging discussions. We would also like to thank all our members and supporters behind the “Cooperative call for action” and for joining the citizen-lead communication campaign #CloserEurope with #coops, reaching over 700,000 people across Europe and beyond.