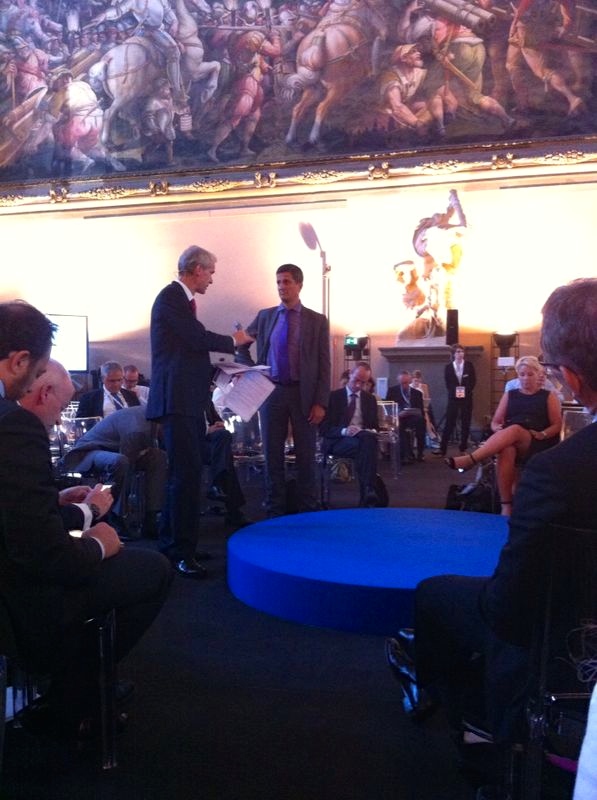 On 15th July, Cooperatives Europe was invited to speak at an open dialogue event on the new role of the private sector in development. The event took place within the Informal Meeting of EU Development Ministers organised by the Italian Ministry of Foreign Affairs and the EU Commission under the Italian Presidency of the EU Commission on 14th and 15th July in Florence, Italy.

The open dialogue aimed at exploring how to encourage the private sector to play a positive role in development and how to minimize the barriers and risks to their engagement.

In his statement, Director of Cooperatives Europe Klaus Niederländer highlighted the large contribution of cooperative enterprises to development as private sector actors and as part of civil society. He recalled that cooperatives have been mentioned in the latest EU Communication on development and cooperation as well as in the related EU Council conclusions.

“By providing employment in the form of decent work and social innovation – said Mr. Niederländer – cooperatives play an important role in the achievement of the post-2015 goals. Cooperatives Europe has set up an online platform showcasing almost 300 ongoing development projects that European cooperative organisations are carrying out all over the world.”

Mr Niederländer concluded: “Cooperatives Europe welcomes EU Commission’s invitation to participate in this event. We are very pleased to see that cooperatives are taken into consideration when talking about the private sector in development. We are willing to take an active role in the implementation of these guidelines.”

Go to the press release.