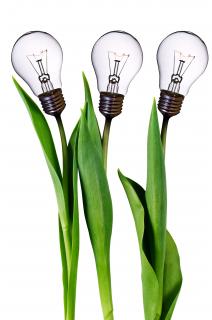 On February 14th, Cooperatives Europe released a position paper on DG Competition consultation on the draft guidelines on Environmental and Energy Aid for 2014-2020. The draft guidelines set out the conditions under which state aid measures may be declared compatible with the internal market.

Cooperatives Europe considers that suggested guidelines are far too restrictive, preventing member states to fulfil their renewable energy share targets by 2020. Instead of providing security for investors, they risk to increase uncertainty and hinder investment.

Cooperatives Europe believes the draft guidelines on state aid for environment and energy contain elements that could be harmful to the interests of emerging decentralized renewable energy producers and suppliers. Those guidelines together with the Commission’s recent proposal for a 2030 climate and energy package overwhelmingly represent the interests of the big energy utilities, nuclear industry and non-renewable energy processing countries in Europe. This threatens existing EU and national laws and guidelines on renewable energy put in place over the last 10 years, which have demonstrated their effectiveness.

Director of Cooperatives Europe Klaus Niederlander said: “In our view, these draft guidelines risk interfering with current EU legislation, such as the renewable energy directive (2009/28/EC). In particular they fail to take into consideration the interests of local and regional renewable energy producers, such as cooperatives. We are confident that the European Commission will ensure a more balanced policy framework and a level playing field for all types of existing as well as emerging energy enterprises”.