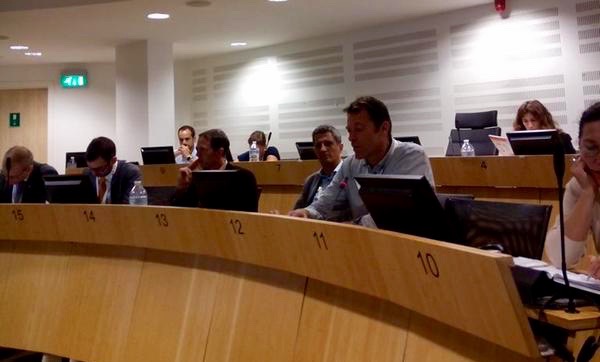 This year’s EU Sustainable Energy Week (EUSEW) put a strong focus on local initiatives and cooperatives were represented in various workshops and conferences.

The Co-operative Energy received the EUSEW award in the category ‘Renewable energy’ for establishing a model for citizen-centred energy supply.

– Explicit recognition in the next Renewable Energy Directive that involving citizens and local government level is the only way for the energy transition to succeed.

– Well-designed and predictable support schemes. The State Aid guidelines on energy must be implemented in a way that encourages community ownership of renewable energy, and does not prohibit it with requirements on tendering.

– Rules on priority grid access for renewables must be properly implemented and enforced.

Klaus Niederlander, Director of Cooperatives Europe and moderator of today’s workshop on ‘Innovative partnerships between local authorities and citizens on energy efficiency investments’, commented:  “There is still a long way to go for Europe to get itself onto a sustainable energy path. Despite highlighting the central role of the European citizen in the energy transition within this year’s energy union communication, the EU’s actual energy strategy is still very much focused on old recipes preserving an unsustainable status-quo. So, the work will continue for local actors to demonstrate the power of people to change the energy game.”