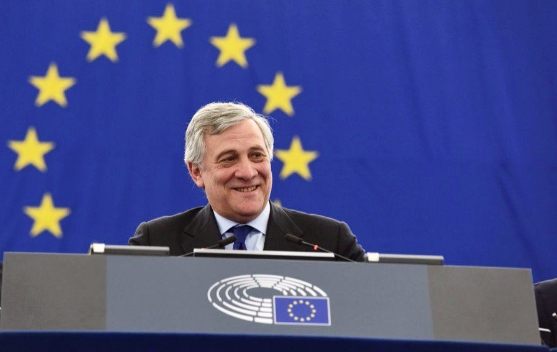 On 17th of January, Mr. Antonio Tajani was elected as the new President of the European Parliament in Strasbourg. The Italian MEP part of the European People’s Party group (EPP) will take on the mandate of two and a half years. Winning by 351 out of 633 valid votes cast, Mr. Tajani succeeds Martin Schulz.

Cooperatives Europe is glad to see a member of our Cooperative Supporter MEPs (CoopSupporter – MEP committed to support cooperative enterprises during the current Parliamentary term) lead the Union in line with cooperative values and principles. Mr. Tajani who supported and promoted cooperatives during his time as the Commissioner for Industry and Entrepreneurship notably set up the Cooperative Working Group in 2013 which drafted concrete recommendations for EU policymakers on cooperatives’ potential to generate jobs. We will be happy to have his support on the implementation of these recommendations during his term as President.

During his speech, Tajani quoted his 23-year experience in the European Institutions and called for a need of a more democratic Europe that is closer to its citizens through an enhanced exchange between the MEPs and the citizens.  He also highlighted issues such as Brexit, where Tajani reiterated UK’s importance as a partner to the European Parliament in the future, migration, fight against terrorism, energy policy, and unemployment, where he called for tangible solutions.

Dirk Lehnhoff, President of Cooperatives Europe, commented: “As a supporter of the Social Economy model and as an ex- Commissioner for Industry and Entrepreneurship, we hope that Mr. Tajani’s Presidency will bring further visibility and recognition to cooperative entrepreneurship. Cooperative enterprises put citizens at the heart of their operations. Thus Mr. Tajani’s strong commitment to serving the people of Europe and the role of the Parliament in representation of the citizens should encourage and enhance dialogue between the cooperative movement and the EU Parliament. We look forward to working with him.”