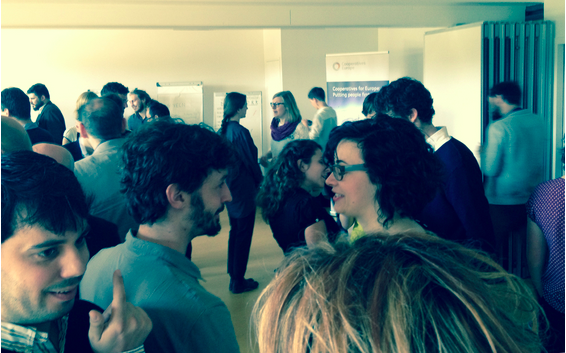 A panel discussion was organised to open a dialogue with young cooperators, who held their first meeting the day before. Alfonso Aliberti, Policy Coordinator at the European Youth Forum, moderated the roundtable. “Young cooperators have the motivation and the tools to make the cooperative movement stronger”, Aliberti said.

Sébastien Chaillou, young cooperator from Solidarité Etudiante, said: “Now that the European Young Cooperators Network is up and running, we will create a space for young cooperators to promote and disseminate our demands.”

Chiara Bertelli, youth representative at the Alliance of Cooperatives said: “We want to apply cooperative principle six, Cooperation among cooperatives. We want to let cooperatives meet each other and develop together around Europe, and to do this young cooperators, who were born and raised within the European Union, are in the best position to do this. We have the strength and motivation to do that.”