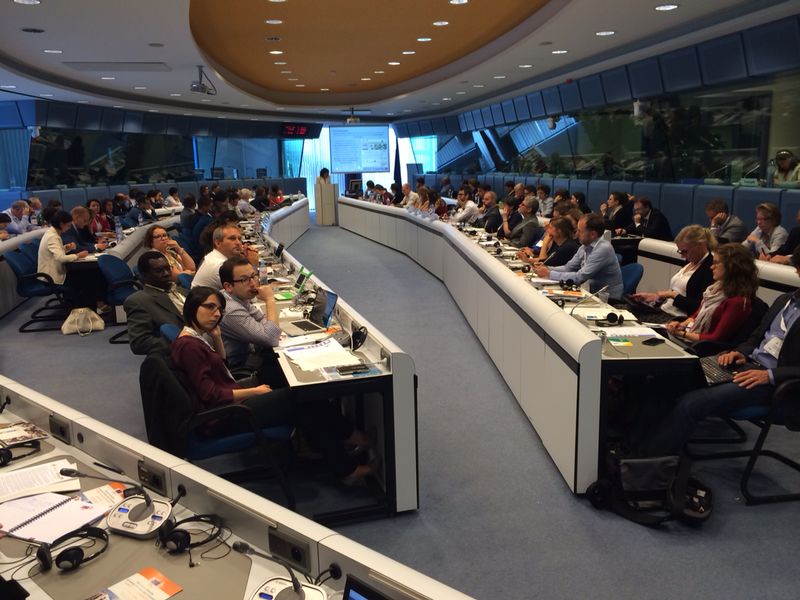 On 26th June, the event ‘Decentralized energy systems: Engaging citizens in Europe’s energy future’ took place in Brussels within 2014 EU Sustainable Energy Week (EUSEW) organised by the EU Commission. The main message that came through the event was the need for a more supportive and stable legislative framework and a clear and long-term energy and climate strategy at the European and the national levels. This is key to achieve a level playing field for renewable energy cooperatives and citizen based initiatives.

The event, which was organised by Cooperatives Europe in partnership with Friends of the Earth Europe, REScoop.eu, Climate Alliance, CECODHAS and Euro Coop, aimed at showing the future EU Commission the importance of the cooperatively owned energy projects and other citizen-based initiatives in order to achieve a successful European energy transition.

Participants also learned that cooperatives play an essential role in bridging the gap between producers and consumers of energy and that cities should promote a cost-efficient energy model by decentralising electricity production and centralising heat through cooperative ownership of renewable energy. Local governments hold the key to unlocking the potential in local and cooperatively owned energy. In particular local municipalities are well placed to distribute financial aid to get new energy cooperatives off the ground.

Speakers presented some solutions that cooperatives jointly with cities are currently developing to include more efficient and active citizens/consumers in the energy market as well as the legal and financial barriers they encountered when carrying out these projects.

President of REScoop.eu Dirk Vansintjan presented the new financial mechanisms and tools for a citizen-based RES project developed by REScoop.eu and based on crowdfunding. Mr. Vansitjan also showed some financial barriers that are not directly linked to financial instruments but to cultural and political economic and management, and legal and administrative factors.

Director of Programmes of Education to Responsible Consumption at ANCC/Coop Carmela Faravulo introduced the case Eco-Courts, a project that aims at reducing energy and water consumption and lower waste production of residential buildings by developing a Sustainable Families Tutorial that families follow in order to achieve a common energy saving target and to improve their quality of life.

Thomas Pensel, who works at the Environmental department at City of Mainz in Germany, presented a case study on how the local authority is supporting citizen initiatives based on power generation with renewable energy in Mainz with several examples on solar energy projects.

“Decentralized energy is about collective action which is based on local communities, cooperative enterprises and city-councils collaboration. However, collective action also needs time and stable, long-term policy and financial frameworks. Therefore, we believe that policy makers do play a crucial role in the energy transition. We look forward to working together with the new EU Commission on creating the right smart sustainable policy framework to achieve a real competitive market that includes all the different energy players, such as cooperatives and local communities”, concluded Director of Cooperatives Europe Klaus Niederländer.