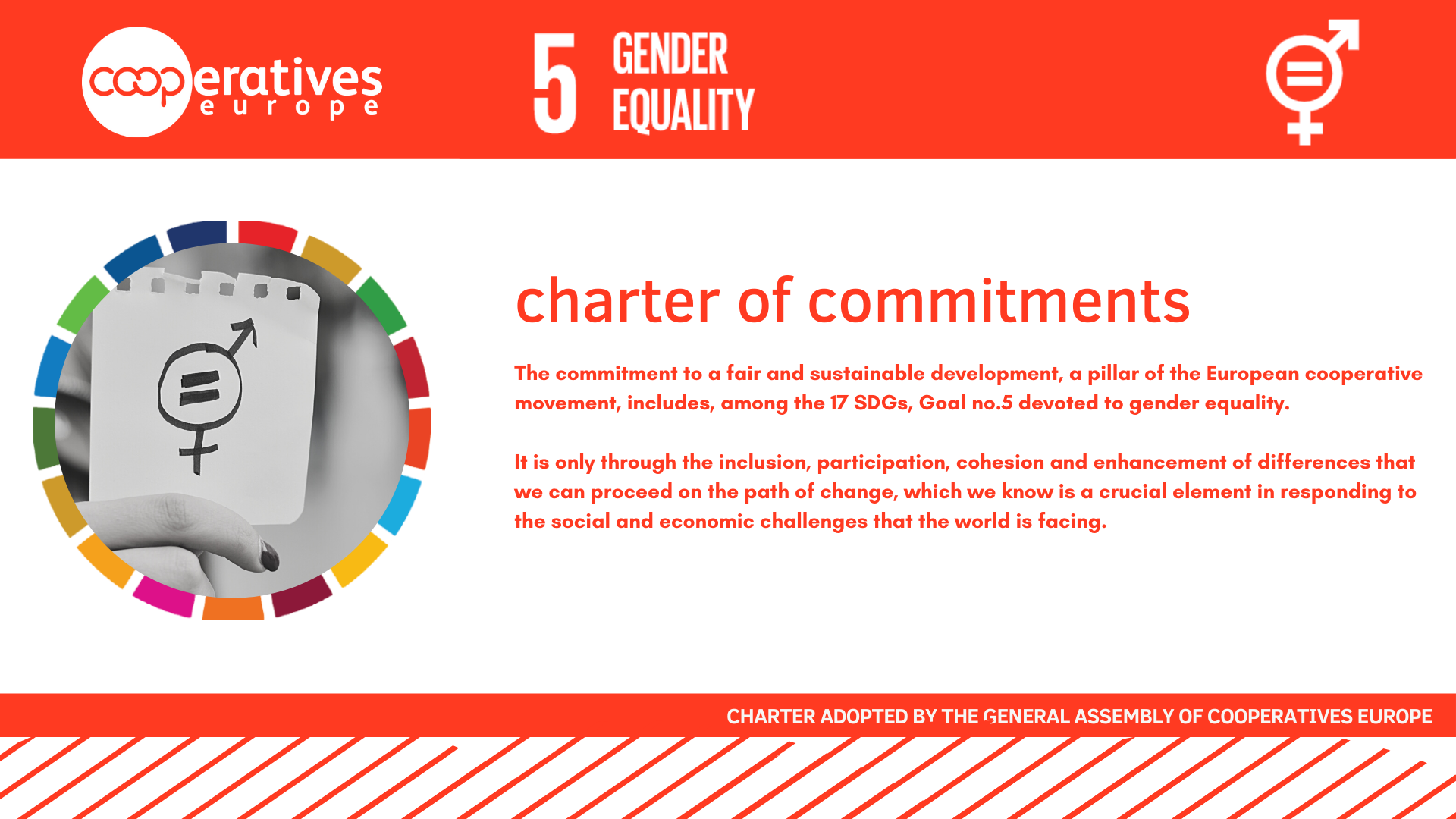 Cooperatives Europe released its Gender Equality Charter on 2nd of October. The document, approved by the General Assembly, is a commitment by Cooperatives Europe to strengthen its activities in closing the gender gap as well as a call to its members to implement the 10 commitments in their respective organisations.

Re-affirming its support for the 2030 Agenda for Sustainable Development and in line with the EU Gender Equality Strategy, the European cooperative movement sets Sustainable Development Goal no. 5 – Gender –  at the heart of its efforts to promote women’s empowerment and gender equality by means of cooperatives, where everyone is able to fulfil their potential and contribute to a more fair and just society. Among its 10 commitments, Cooperatives Europe calls for work-life balance promotion, support for women in cooperative entrepreneurship, best practice sharing, and more.

The Charter was developed based on the work of Cooperatives Europe’s Gender Equality Working Group (with members form 15 countries and 2 European sectoral organisations) which coordinates advocacy, research and knowledge sharing actions. The Working Group ensures a united cooperative voice on gender equality issues at the European level, following topics such as the Europe 2020 Strategy and the European Pillar of Social rights.

“Cooperatives, as people-centred businesses, are an important tool for women’s empowerment, their access to labour as well as their path to self-entrepreneurship, ensuring their voice being heard in the economy and the society. With a large number of women on the frontline of the fight against the Covid-19 pandemic, the role of women is more important than ever for Europe to build back better.

By adopting this charter, the European cooperative movement commits to make a difference for millions women cooperators of today, and tomorrow, in Europe, and in the world.”