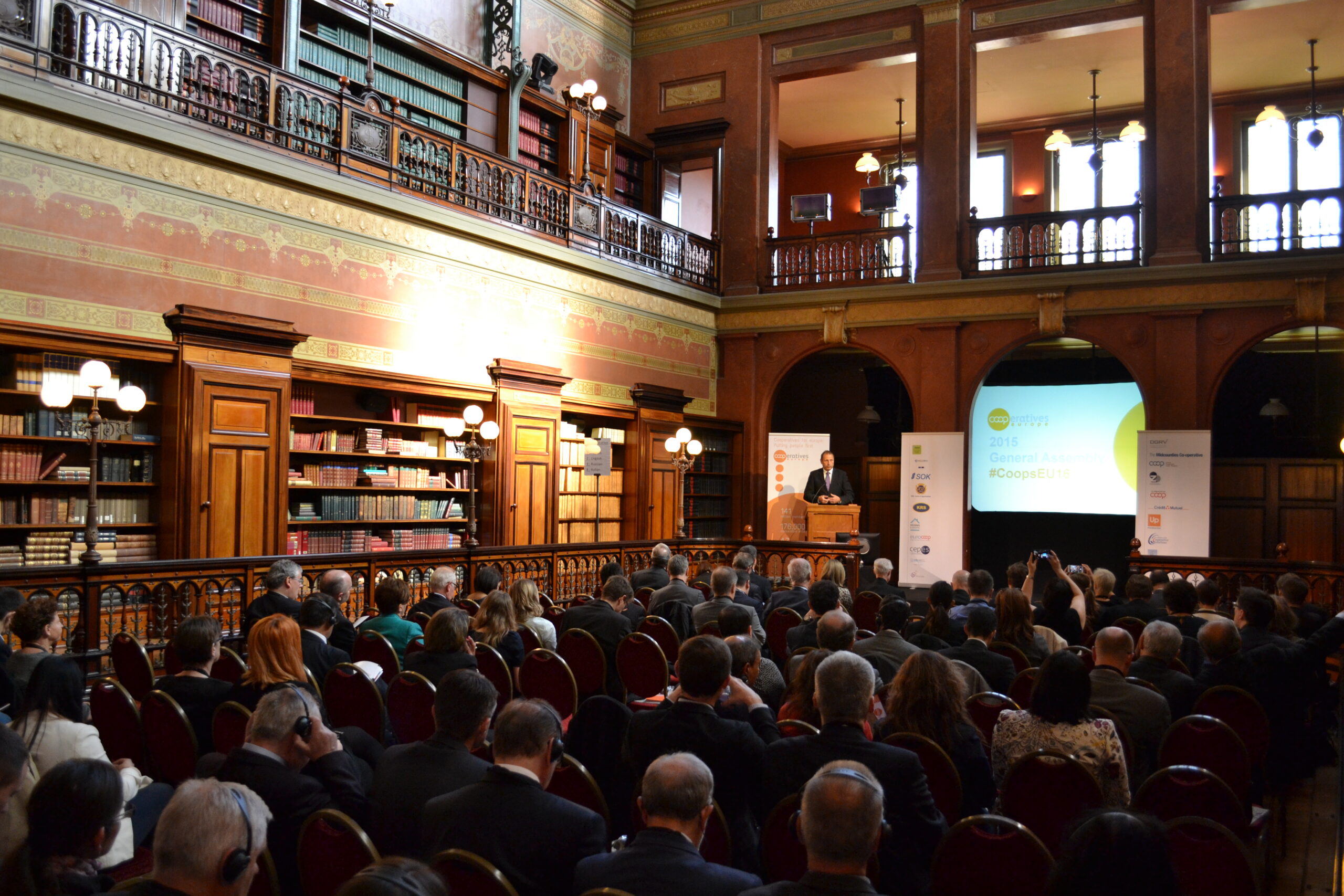 The time for celebration was linked with a time to reflect on the need for cooperation in today’s world – the Coop Member Exchange concentrated on the refugee challenge in Europe. Cooperatives from Sweden, Italy, Israel and Turkey presented their work and experience in working with refugees while MEP Stelios Kouloglou, Vice–Chair of the Development Committee, showcased cooperative examples of dealing with refugees in Greece.  The session also saw an intervention from the Cooperatives Europe Young Cooperators, who expressed their solidarity and support for refugees. Read the full press release on the member exchange here.

Members were also able to reflect on the past and present of Cooperatives Europe in the afternoon panel titled “where we were 10 years ago and where we are now”. The second panel outlined the highlights of 2015, including the Framework Partnership Agreement in development with the EU Commission.  A highlight of the Coop Reception was the official launch of the first European cooperative member statistics report “Cooperatives Europe Key Figures 2015”– The Power of Cooperation”.

We would like to thank all participants, meeting contributors and members for the fruitful exchanges and for the memorable celebrations of this first decade for Cooperatives Europe. All photos are available here.