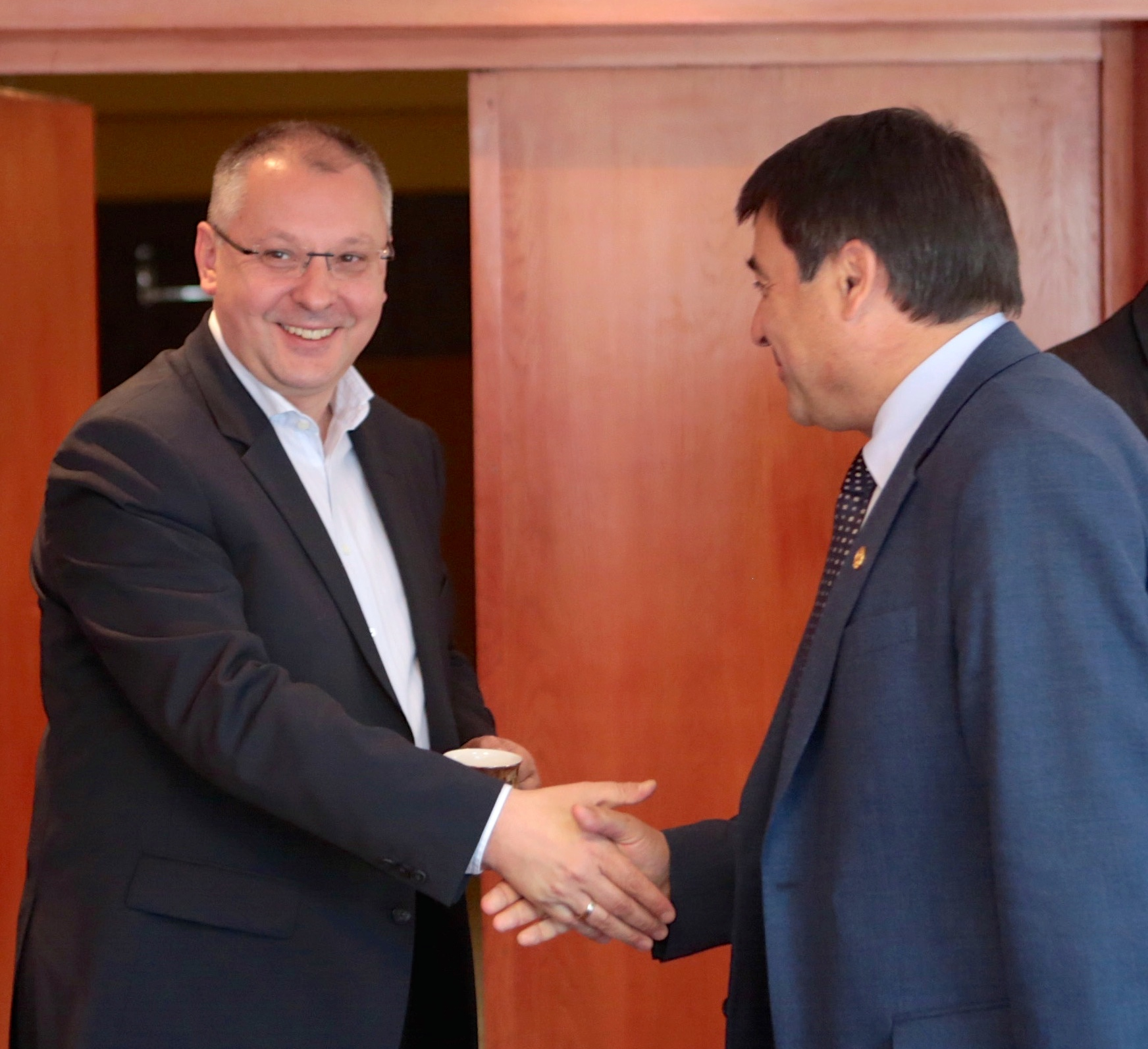 Cooperatives Europe Vice-President Petar Stefanov recently met with Mr. Sergei Stanishev, President of the Party of European Socialists (PES), to present the Cooperative Manifesto for the European elections. Mr. Stefanov expressed his confidence that the representatives of PES in the next European Parliament will be committed to supporting cooperatives in Europe.

President Stanishev stressed that for his party it will be important to be engaged in concrete measures for the development of cooperatives in Europe: 160.000 enterprises providing more than 5.4 million jobs are a huge potential for the EU, especially at a time of economic crisis. Mr Stanishev is committed to establish a continuous dialogue between cooperative enterprises and the European institutions. The priorities of the European Cooperative Roadmap for 2020 will need to be included in the political debate, in particular in his view:

– The harmonisation of cooperative legislation at European level needs to be fostered,  in order to create a favourable environment for the development of cooperative enterprises;
– The visibility of cooperatives as a key business partner for the development of the European economy has to be enhanced.
– The 2014-2020 programming period will need to provide cooperatives with equal opportunities for accessing EU funding, in order to continue developing.
– The dialogue with Cooperatives Europe, which unites, represents and enhances cooperative enterprises, needs to be strengthend: the European Parliament and the Commission need to recognise the
role that cooperatives play in achieving the EU 2020 strategy for smart, sustainable and inclusive growth.
– Educational programmes and business support services need to be adapted to cooperative enterprises as well. The cooperative business model attracts more and more young people; however, if the EU
wants to let them develop their business aspirations and reach their potential, strong support tools will need to be put in place.

Commenting on the meeting, Vice-President Stefanov said: “We welcome the support of the President of the European Socialists Party for our European cooperative manifesto; our enterprises have been providing a strong contribution to the EU economy and society. It is high time that this contribution is recognised and further enhanced by EU regulators. The next EU Parliament will have the future of the EU in its hands: it will be up to them to decide whether to put profit maximisation or people first. We are confident that the next European Parliament will provide businesses that are putting people first, such as cooperatives, with the same opportunities as their profit focused counterparts”.

Go to the #coopsupporter campaign.